As I sit here during one of the naps that my baby and wife are both deservedly taking, I realize I had no idea what day it is. Those with children will understand that the sleep deprived move in a mix of dream and reality for days before looking at a calendar to see what year it is let alone the month or day. I'll be up posting regularly next week.

Who knows maybe some great idea will strike at 3 am while I'm up anyway and you will get a bonus.

But for now, know that the suspense is over and we had a healthy and beautiful boy.
Tweet
Posted by Prosecutor's Discretion at 4:59 PM 2 comments:

Email ThisBlogThis!Share to TwitterShare to FacebookShare to Pinterest
Labels: Living

Interview with a Winning Attorney

It's a long video, but listening to those who have succeeded in your field is never a waste of time.
Tweet
Posted by Prosecutor's Discretion at 2:55 PM 1 comment:

Email ThisBlogThis!Share to TwitterShare to FacebookShare to Pinterest
Labels: Trial

The Perks of Working for the Man

As I prepare to take two weeks off to care for my wife and new child, I realize the advantage of working for someone else.

There is an entrepreneurial streak that runs through me and my mind often wonders where I will end up. It's part of the reason I started this blog and have committed to various other projects. I often think about what it's like to venture on my own into some new field and the amazing part of life is where those decisions will take you.

But working for someone else has its advantages. I get to to take two full weeks off to be home and don't have to worry about a paycheck not coming in. I've been working hard for the last few weeks making sure my work is caught up, but I still have co-workers ready to pick up the cases I could not address. Heck, even my health insurance is fantastic and a major advantage of my job.

It's part of the reason the posts have been infrequent the last few weeks. I've been working long hours at work and at home getting ready so that I can devote two full weeks to my most important job, being a father.

If I were working for myself, I would probably have to work a little bit every day. When solo attorneys don't work, they don't get paid. When they don't answer their phones, clients move on to someone else. So there are trade-offs in every field, but today I'm happy I've taken this road.

Email ThisBlogThis!Share to TwitterShare to FacebookShare to Pinterest
Labels: Living

It's Tough to be a Defense Attorney

"I don't want to bash Mr. Smith. I'm sure Mr. Smith is an excellent lawya," the defendant said.

I turned toward the defendant who was pulling the handcuffs into his waist so that the chain didn't land on the table. He leaned into the microphone again, making a crescent in his orange jumpsuit.

"I just want a new attorney. Someone other than Mr. Smith."

"I just don't want to bash him. He's a good guy, trying to do the right thing. He just don't even know some things that I told him."

I had a long history with Mr. Smith. He's one of the most respected attorneys in the area. I was sitting ten feet from where he was standing and cringing as his client was about to use him as an excuse in front of the judge.

"Like this appeal thing. This article 78. He didn't know about it or think we would win."

"You didn't win. He was right. The Appellate Division said there was no merit to the claim and wouldn't even allow him to submit paperwork on it."

"His job isn't to do what you tell him. It's to provide you with representation. You are working with him and that's great. He just can't go filing paperwork that has no chance of success or make frivolous arguments because you want him to. Because you want to delay the trial."

"Yeah, but. I just want to have a new attorney."

"No. He's the best in the county. You have the right to an attorney, not to the attorney of your choice."

I nodded in agreement. These are the moments I'm confident I cannot be a defense attorney. Even when you are one of the most respected attorneys and provide accurate advice, it might not matter. A defendant who wants to delay proceedings or blame someone else, usually blames their attorney first. Now the defendant will start bad-mouthing him to all of his friends and that might hurt his relationships with other clients.

This was the third such attempt the defendant had made to get rid of his attorney, even trying to represent himself at one point. To his credit, the attorney told the court and his client that he would continue to work with him and that they had very good communication. Most attorneys would just get fed up and jump at the chance to get off of a case with a difficult client like this one. This attorney was older and wiser and realized this defendant needed him to fight these serious charges.

The court kept the attorney on and he worked out a fantastic deal for his client that would never appreciate it.
Tweet
Posted by Prosecutor's Discretion at 11:01 AM 2 comments:

Email ThisBlogThis!Share to TwitterShare to FacebookShare to Pinterest
Labels: Miscellaneous

After decades of teaching theory and then sending law students out into the world with little in the way of skills, law schools are beginning to use medical school as a model. Law schools across the country are seeing sharp drops in applications. Firms are not hiring. Many lawyers are looking for work or working outside of their field.

My law school had many externship programs, where students could gain real world experience. Other law schools are expanding that and trying to add programs similar to medical school residencies. It is a great idea. Being a lawyer is more than just knowing what the rule against perpetuities is (if you have to ask, you don't want to know what it is). It's about running a law practice, managing clients, drafting legal paperwork, and learning a business. What client wants to be their lawyer's first case?

The law school paradigm needs to shift towards a more practical base. Arizona State's plan is to open a law practice with a supervising attorney and have law students work under that attorney and charge half the rate other lawyers in the area would charge.

It's a great idea in theory. But is it just going to compete for clients now and undercut the market rate of all the law firms in the area? If I need a will drafted and can get it done for half the cost by a law student with an experienced attorney reviewing it, I'm going to be very tempted to do that. It will be easy for these law school firms to do just that because they will be subsidized by the university where a solo attorney must charge a certain rate to pay expenses and make a profit.

It is a great idea and I hope all law schools begin to rethink the model which they have been operating to include more practical experience. Let's just hope they do not force more lawyers out of business in the process. Check out the New York Times article.
Tweet
Posted by Prosecutor's Discretion at 6:59 AM 1 comment: 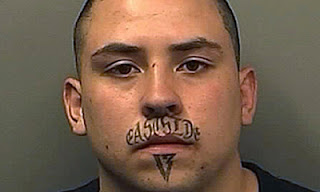 In my line of work, tattoos can make or break a case. A witness might remember a very distinctive tattoo on someone's arm that can help identify the person. Or the witness might say the suspect had no tattoos and since the defendant has plenty of him, it might be a misidentification.

I get that people like them and want to express themselves through them. What I will never understand though is face tattoos. Full disclosure - I don't have any tattoos.

It's a disturbing trend that I see everyday. Gang members, usually 16-18 years old, appear in court with a still glistening tattoo on their face. The ointment to help soothe the skin is still fresh and they've picked up a new case. Around these parts, a person doesn't get a face tattoo until they "put in some work," meaning they shoot someone. I'm not talking about the teardrop tattoos back in the day. These are full and recognizable symbols, much like the Mike Tyson tattoo, which are usually given at a tattoo party. Heard of Tupperware parties? It's much the same. A group of people get together and a tattoo artist inks everyone up for a fee.

What prompted this article was this story about a tattoo artist covering up gang tattoos for free. I applaud and appreciate his efforts. But what about the child who has now ruined any chance for a normal life by stamping his face with his neighborhood gang? Every good job is now off the table and with it any hope for a life off of the streets.

Don't the people realize that they are also branding themselves as an easily identifiable member of whatever gang symbol they put on their face? It's another product of our social, familial, and educational system that these children are choosing a path they can no longer leave at such a young age. To this day, I'll never forget my father telling my brothers and me we can get tattoos the day we started paying him rent. Is that the reason I never got any tattoos? Small statements like this mean a lot to help guide a child through life.
Tweet
Posted by Prosecutor's Discretion at 8:54 AM 3 comments:

Email ThisBlogThis!Share to TwitterShare to FacebookShare to Pinterest
Labels: Miscellaneous

This job does have some perks. Like when you go out to train the police in crime scene collection and they take you for your first helicopter ride. 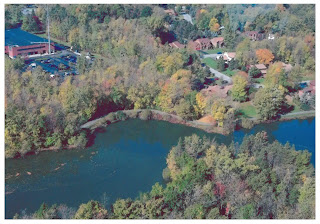 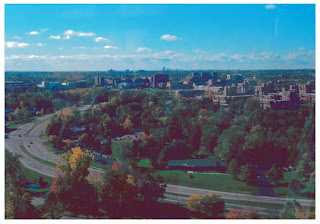